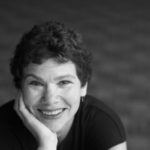 The Coalition for Networked Information (CNI), the Association of Research Libraries (ARL), and EDUCAUSE are pleased to announce that Francine Berman, Edward P. Hamilton Distinguished Professor of Computer Science at Rensselaer Polytechnic Institute and Katherine Hampson Bessell Fellow at the Radcliffe Institute at Harvard University, has been named the 2020 recipient of the Paul Evan Peters Award. The award recognizes notable, lasting achievements in the creation and innovative use of network-based information resources and services that advance scholarship and intellectual productivity. Named for CNI’s founding director, the award will be presented during the CNI Membership Meeting in Washington, DC, to be held December 14-15, 2020, where Berman will deliver the Paul Evan Peters Memorial Lecture. Previous award recipients include Herbert Van de Sompel (2017), Donald A.B. Lindberg (2014), Christine L. Borgman (2011), Daniel Atkins (2008), Paul Ginsparg (2006), Brewster Kahle (2004), Vinton Cerf (2002), and Tim Berners-Lee (2000).