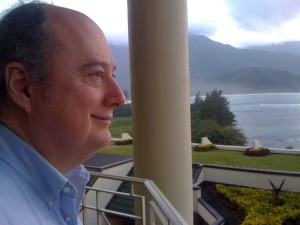 Clifford Lynch is Executive Director at the Coalition for Networked Information (CNI), a joint program of the Association of Research Libraries and EDUCAUSE, based in Washington, DC.

Prior to joining CNI, Lynch spent 18 years at the University of California Office of the President, the last 10 as Director of Library Automation. Lynch, who holds a PhD in computer science from the University of California, Berkeley, is an adjunct professor at Berkeley’s School of Information. He is both a past president and recipient of the Award of Merit of the American Society for Information Science, and a fellow of the American Association for the Advancement of Science and the National Information Standards Organization.

He served as co-chair of the National Academies Board on Research Data and Information (BRDI) from 2011-16, and he is active on numerous advisory boards and visiting committees. His work has been recognized by the American Library Association’s Lippincott Award, the EDUCAUSE Leadership Award in Public Policy and Practice, and the American Society for Engineering Education’s Homer Bernhardt Award. In 2017, Lynch was selected as an Association for Computing Machinery (ACM) Fellow.