The Role of Diversity, Equity, & Inclusion in a Digital Scholarship Program 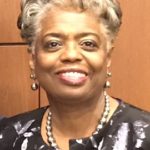 Janice S. Welburn has been dean of Marquette University Libraries since 2006. From 2003 to 2006 she served as associate dean of libraries at the University of Arizona. At the University of Iowa libraries from 1990 to 2003, Welburn served in many leadership positions, including director roles for public services, facilities, human resources, and technical services.

Her academic and professional engagement currently includes serving as an American Library Association endowment trustee and as member of the ALA Council and the ALA International Relations Committee. In 2011, Welburn’s peers selected her as the ACRL Academic/Research Librarian of the Year, a national award recognizing her contributions to librarianship.

Welburn’s teaching contributions include several years leading courses in fund development and conflict management with the Association of Research Libraries online lyceum. An active community leader, Welburn serves on the Friends of the Haggerty Museum board and University of Wisconsin–Milwaukee School of Information Studies advisory board. Welburn is current president of the Milwaukee chapter of Links, Incorporated, a national service organization for professional women of color working to strengthen African-American communities.

Does DEI Need Another ‘D’ and ‘I’? Situating Decolonization and Indigenization Work in Academic Libraries 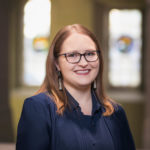 Sarah Dupont is of Métis-settler heritage and uses she/her pronouns. Formerly the inaugural Aboriginal Engagement Librarian at The University of British Columbia (UBC), Sarah became the Head Librarian of the X̱wi7x̱wa Library in 2019. In this role, she provides leadership on complex collections, programming, and community engagement work from this small-in-size-but-mighty-in-mandate branch, which is the only Indigenous branch library at a post-secondary institution in Canada. She proudly oversees the dynamic work of the incredible Xwi7xwa team of four full time employees and a number of student librarians.

As a Head Librarian, Sarah works on Indigenous initiatives in the Library, campus-wide, and beyond the university. A community capacity building program that Sarah helped develop and is now Chairing the Steering Committee for is called Indigitization, which focuses on the digitization and preservation of community cultural heritage. Recruitment and support for Indigenous graduate students in their journeys to becoming information professionals is another priority for Sarah: she previously served as the UBC iSchool’s First Nations Curriculum Concentration Coordinator and adjunct instructor. She is currently the Council of Prairie and Pacific University Libraries’ (COPPUL) Chair of the Indigenous Knowledge Standing Committee and is proud to have recently been awarded its Outstanding Contribution Award.