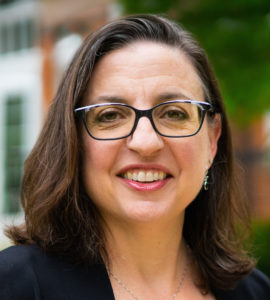 Recent developments in the scholarly communication landscape — particularly the acquisition of several platforms that have supported the open-access dissemination of academic work by major corporate interests — have led a number of institutions to think seriously about what has been called “academy-owned infrastructure.” This infrastructure, however, is often far more complex and expensive to develop, much less sustain, than any single institution can manage. And this fact runs us headlong into a key aspect of the crisis facing higher education today: that scholars as individuals, and our universities as institutions, are far more likely to understand ourselves as being in competition with one another than as working in collaboration. As I argue in Generous Thinking: A Radical Approach to Saving the University (Johns Hopkins, 2019), changing this mindset and the institutional structures that derive from it may be the single most important step we must take if we are to save our institutions from the forces that are undermining its operation. This talk will approach the future of academy-owned infrastructure, then, through ways of thinking about sustainability beyond the technical, and beyond the financial, focus on the social connections and commitments that underwrite the work necessary to keep collective, not-for-profit forms of scholarly infrastructure running.

Interview with Fitzpatrick in The Chronicle of Higher Education (Feb. 26, 2019)

Kathleen Fitzpatrick is Director of Digital Humanities and Professor of English at Michigan State University. Prior to assuming this role in 2017, she served as Associate Executive Director and Director of Scholarly Communication of the Modern Language Association and also held an appointment as Visiting Research Professor of English at NYU. She is author of Generous Thinking: The University and the Public Good (Johns Hopkins University Press, 2019), as well as Planned Obsolescence: Publishing, Technology, and the Future of the Academy (NYU Press, 2011) and The Anxiety of Obsolescence: The American Novel in the Age of Television (Vanderbilt University Press, 2006). She is project director of Humanities Commons, an open-access, open-source network serving more than 16,000 scholars and practitioners across the humanities.

Web Archives at the Nexus of Good Fakes and Flawed Originals: “You’re in a Desert Walking Along in the Sand When All of a Sudden You Look Down, and You See a Tortoise…” 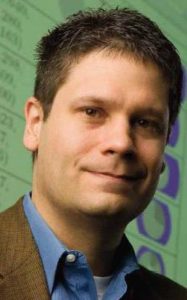 The authenticity, integrity, and provenance of resources we encounter on the web are increasingly in question. While many people are inured to the possibility of altered images, the easy accessibility of powerful software tools that synthesize audio and video will unleash a torrent of convincing “deepfakes” into our social discourse. Archives will no longer be monopolized by a countable number of institutions such as governments and publishers, but will become a competitive space filled with social engineers, propagandists, conspiracy theorists, and aspiring Hollywood directors. While the historical record has never been singular nor unmalleable, current technologies empower an unprecedented number of skillful would-be editors of history.

Web archives have a role to play in verifying the integrity and priority of resources. Unfortunately, web archives have a 1990s, ad-hoc approach to trust, interoperability, and audit.  We implicitly trust the Internet Archive in the same way we used to trust email, Google, Apple, and Facebook. That we do not currently associate web archives with surveillance, spam, and subterfuge does not mean they are somehow immune in a way the other tools and services are not; it only means that the theatre of conflict has yet to encompass web archives. As the political, cultural, and economic stakes of disinformation rise, we can expect two primary changes.

First, existing, trusted web archives will be attacked. Obvious targets will be the machines and facilities themselves, but more subtle attacks will involve legitimately crawled pages, which then masquerade as pages with fake URLs and date stamps, thereby obfuscating the provenance of otherwise untrustworthy sources.

Second, the number of web archives will proliferate, and not all will be trustworthy. When web archives required custom tools and expensive hardware, there were a limited number of people capable of their operation and they were well-known in our community. We now have a dynamic marketplace of web archives, many of which are short-lived, and at least some of which could be operated by replicants (distinguishable from humans only by their empathetic responses to questions about tortoises).

In summary, is that really an archived tweet from 2016 with a video of your favorite politician in an unflattering situation? Or is it a backdated deepfake, injected into a trusted archive, and then replicated across several less established archives, all of which are secretly operated by the same entity?

Michael L. Nelson is a professor of computer science at Old Dominion University, where he leads the Web Science and Digital Libraries Research Group, with a focus on web archiving. Prior to joining ODU, he worked at NASA Langley Research Center from 1991-2002, where he developed the NASA Technical Report Server (NTRS). He has (co-)authored over 240 technical publications and is a co-editor of OAI-PMH, OAI-ORE, Memento, ResourceSync, and Signposting. More information about Dr. Nelson can be found at www.cs.odu.edu/~mln/ and twitter.com/phonedude_mln.